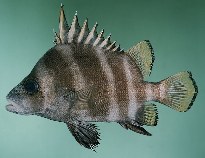 Northwest Pacific: East Asian Shelf to the Sea of Japan and Pacific coast of southern Japan (except Ryukyu and Ogasawara Is.), including the western part of Taiwan and South China Sea; questionable from Singapore.